Is Predictive Maintenance Actionable Today in the Solar PV Industry?

Excerpt from the Dubai Solar Show 2020

Predictive maintenance is all about the intelligent use of data. It applies a layer of analytics, like machine learning or artificial intelligence, to the underlying aggregate data to find hitherto unknown patterns that predict future failures. “Reduce your O&M costs by applying proactive and predictive maintenance” was the topic of discussion at the PV Operations and Financial Strategies conference 2020 hosted by Reuters Events. The panelists at this digital exhibition were various adepts from the solar industry, including, Swarup Mavanoor, CEO and Co-founder, SenseHawk, Julien Glover, Control Center Manager, Cypress Creek Renewables, and Michael Eyman, Managing Director, Origis Services, who shared their valuable opinions on the present and future scope of predictive maintenance.

“Is predictive maintenance actionable today?” begins Mr. Michael. “In times where we run face first into contracts and warranties, even if you have data says that these panels are going to fail, you are going to run right up into the panel manufacturers’ requirements to be willing to change those out, and they are just not going to do it. If I can’t get an inverter manufacturer to come over until it fails, or a panel manufacturer to replace the panel until it meets their requirements, then where is the value in investing in the data analytics that tell me something is going to fail at some point in the future, especially when the contractual structures, that need to be there for taking action against it, bar me from taking that action? As an owner and operator, making an investment of time and energy in this sphere does not make enough sense to me.”

Ms.Edmee Kelsey, CEO of 3megawatt, and the moderator of this event, adds on to Mr. Michael’s questions saying, “Predictive maintenance makes total sense to me, because if you know that you can avoid something in the future, and you are going to have higher costs, you can do an NPV calculation, theoretically, and do something about it. But if you are an O&M service provider, how are you going to convince your client that you have to do this and want to get paid for it? What kind of arguments are you going to make if you are not even 100% sure that it is going to happen? Secondly, if you are an owner operator, how do you go about convincing your bosses on your plan to do an action to repair something, or be preventive, and get a budget for that? How does that work?”

Mr. Julien says, “As an owner operator, the key is to keep accurate track of your costs and where they are going, and then also keeping a good track of your performance metrics. If we did something ahead of time, we can economically show where the value is, but it is not necessarily the easiest thing to do. Some of these investments for an owner can start while the site is still with an EPC. So, an O&M provider may not have as much say in those particular strategies, but it can also depend on the relationship he/she has with the asset owner. Furthermore, if we have built that relationship with our clients and they have seen the performance that we offer, they may be more inclined to accept that. But it is certainly difficult to simplify everything and say that if you do this thing, then it will have this value.”

Mr. Michael adds, “To do this effectively, you would have to start at the beginning and make the investments on the design and construction side. The DG market, and maybe around the inverters specifically as those are the areas where this may happen first. Because you can have panel level electronics, micro inverters, and optimizers, which provide data at a granular level. You also have on the DG end string level monitoring happening natively and shifting to string inverters gives you data that is closer to the panels and is a little more granular. But as a whole, the utility scale market is still not going in that direction. Your data ends at the DC inputs of the inverter, and that is assuming you elected for that data point as well. You can provide additional instrumentation on your MBTs and do an overflight, which is expensive, and there is certainly no budget to do monthly or quarterly overflights. Also, these are not contemplated in the financial projection. As these PPA prices, which are resulting from RFPs at utilities continue to put downward pressure on these models, I don’t see owners and developers making investments in what has become a much commoditized space. This makes it ridiculous to go to them saying you want to throw a piece of equipment away and put a new piece of equipment in, not because it is broken or not functioning, but because you think it may fail at some point in the future. I have to convince people to mow the grass, and wash the panels. These are things that improve generation] unequivocally. But still, we have to have conversations, and go through long slide decks with massive data, for convincing people that we need to do those things, which are obvious. Bridging over, without investments in the data on the front-end and the availability of that data, I don’t think human nature is good at pre-spending money for something that hasn’t happened. Was it not so, we would all have 529 accounts opened for our kids before they are even born. It doesn’t happen in most cases.”

Addressing the concerns, Mr. Swarup shares one of his experiences at SenseHawk. He begins, “We went in to solve the data problem right at the start. We said that if there is a digital equivalent of the site, with all the information and its history contained within it, and if you can then create a simulatable model for each site, that is valuable. Initially, it was a hard sell, but there were still a lot of asset owners out there who had been asking EPCs to do this. For instance, they might need the serial numbers of modules that go on each string, and our [SenseHawk] platform enables you to get it. You can create a digital model of the site with all the serial numbers stored in it, and then get flash test data which you can associate with each string. This way, you will know how each string should perform under a certain set of conditions; hence, you can simulate each of these strings. You could potentially use piecewise simulation to simulate an inverter block with the same set of conditions. If it is not performing to what we predicted, then you can go in and see why that delta exists. If the model is the problem you can update it. Because you have a bunch of inverters, you will have to do the same thing and update the model if it’s common across your tester models. But if there is a sudden deviation in a certain set of strings on one inverter, what do you expect? You can maybe measure and see a 5% loss there, and later infer why that loss is occurring. Next, you can quickly do the math and check the amount of dollars that will cost you to go fix that 5% loss, and whether it will be feasible for you to do. There are asset owners who are waking up to realize the value of this state. People are constantly experimenting, and two years from now, somebody might see a certain ROI out of it.”

Whether predictive maintenance moves the needle from a financial perspective or not, remains an ongoing debate, Ms. Edmee raised another open-ended question. “It is human nature as a whole, that theoretically, they will maybe believe in ideas but as soon as it starts to cost money, and it’s complicated, maybe not. While every owner is unique, which owners do you think will be more susceptible, in your experience? Is there a particular type of owner that would be more open to predictive maintenance?” Mr. Swarup goes on to answer the question, saying, “I can bunch owners into two categories. One type is the large financial investors, who invest in different types of assets, not just solar, with a strong focus on finance versus technology. In order to get something through to them, you need to provide them with data that clearly assures them with a certain ROI, upon doing the listed things. However, as it’s a chicken and egg scenario; unless you’ve done the whole process, you won’t get a sense of the ROI. The second category of asset owners is more tech-focused, incorporating new technology to their plants. While every solar site eventually is a financial investment, these asset owners have large internal tech teams, which have fairly focused on enhancing performance. So this is where you will get the biggest bite if you’re trying to implement new ideas But at the end of the day, it’s all an experiment, whether or not the data will generate the predicted ROI. And as anything that is predictive goes into preventative maintenance, it becomes a systemic problem. Once this happens, everybody understands the predictor for it and shows interest in spending money. Although we know something is going to fail in six months, until it gets there, for these one of the things that we can predict, it’s very hard to go and convince somebody to do a truck roll and replace it.”

Ms. Edmee moves forward to a question received from the attendees of the exhibition, “Shouldn’t the OEMs be involved in helping with predictive analytics, as they apparently know the equipment better than anybody else?” Mr. Michael makes a remark, “Although we are involved, it’s never really going to happen. You need to instrument these things when you build them, but then how do you continue to compete at a lowest cost basis if you’re an OEM, that’s their dilemma.”

“I have seen predictive maintenance as they have the electronics and instrumentation in there to measure performance, and check a whole lot of values, to predict if something’s going wrong. However, there are also a lot of systems out there that are not instrumental. Without instrumentation, you don’t get the data you need to make these predictions. Furthermore, even in a laboratory model or testing, you don’t get all the conditions that you get on a site. So it’s difficult for a lot of OEMs to do predictive modeling, unless the data is made available to them. On the flipside, even inverter manufacturers improved their analytics internally, over time. So they can give you more alarms than they could do before. But again, it all eventually comes down to them getting access to that data,” concludes Mr. Swarup.

SenseHawk uses the digital twin technology to not just allow the simulation of conditions and what-if scenarios quickly, but also helps predict results more accurately, thus bridging the gap between the digital and physical versions of the solar plant. Contact us for a free consultation. 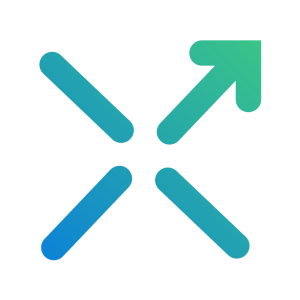 SenseHawk, Inc. is a provider of cloud based drone data analytics and productivity tools for the solar industry. With customers in 20 countries, SenseHawk solutions are used by solar & EPC companies for terrain analytics, construction monitoring, thermography and task management on solar sites
[addtoany]